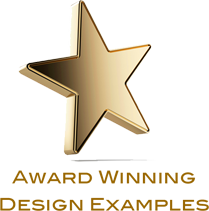 Anderson Insurance Associates has been serving the Lowcountry since 1981. As an Independent agency, they represent many insurance providers with a greater variety of policies to better suit the client’s needs. They can provide all types of coverage, but specialize in high-end homes in coastal zones that often have trouble getting adequate flood, wind & hail coverage. Since 2004 we have been tasked with getting this message to the public.

We began by running ads in upscale magazines like Kiawah’s Legends Magazine, Charleston Magazine, Charleston Style & Design and even SKIRT. We also provided them designs for banners, signage and giveaway items to enhance their participation at the golf tournaments, fishing tournaments and banquets they sponsored. Then, in 2011, we switched gears and have sense been putting our marketing resources primarily into television.

With the assistance of Roger Gaither, Andy Hunt and some family and friends, Renaissart produced two 30 sec and five 15 sec spots from footage gathered on a marathon day of shooting on Edisto Beach and at Seabrook Plantation on Edisto Island. The spots feature the natural beauty of the Lowcountry and the home-spun voice of owner, Jules Anderson.

The result is a sublime conveyance of their capabilities with a sense of southern elegance and charm. They trust our judgement, appreciate our design sensibilities, and have allowed me to produce some of our best work.

While much of the branding initiatives remain conservative and straightforward, we’ve thrown out the book when marketing some of the individual products and agents or when advertising in niche publications. Believing that something striking and different will stand out among a field of plain Jane ads, we’ve crafted a few funny and clever ones of which I am particularly proud.